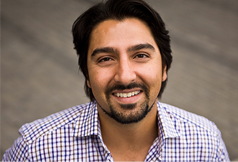 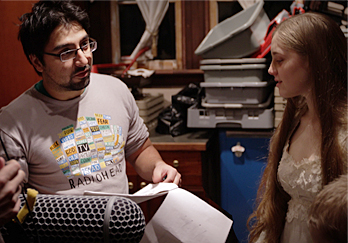 Shervin has designed presentations for the public sector including online marketing presentations and corporate videos for the Town of Markham, the Region of Peel and Environment Canada. In addition, he has created captivating branding strategies for national companies such as Concord Transportation, Admiral Canada, Venture Steel, Canpar Logistics and the Athens 2004 Summer Olympics pitch for CBC, in which he won a Broadcaster Design Award.

With his background in design and animation, Shervin has applied his artistic vision to such critically acclaimed films such as the Watchmen, the Oscar-winning The Chronicles of Narnia: The Lion, the Witch, and the Wardrobe, the visual effects packed blockbuster X-Men: The Last Stand, The Fantastic Four, Outlander, The Incredible Hulk and District 9, which he won a visual effects society award for best compositing.

He has worked at visual effects companies such as SohoVFX, Mr. X fx inc, SpinVFX, CIS Vancouver, Image Engine and Digital Domain. He has also created visual effects for independent films and commercials. Shervin is an aspiring director and has directed spec commercial spots for Pioneer Electronics, Mercedes-Benz and recently a short film called 'Shhh'.